The final iteration of the Rat CX. 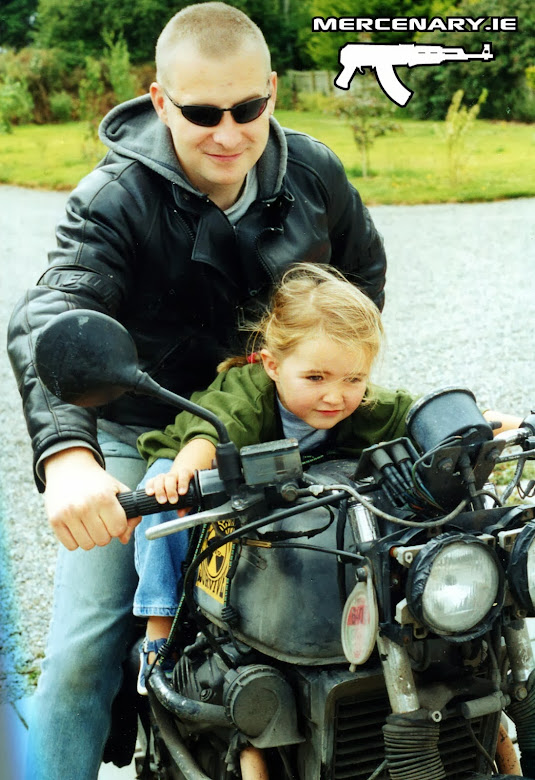 It had a rebuild around 1998 when it got a thorough service and got chopped. It was converted to a single seater and the rear sub-frame was cut off and replaced with a steel trailer mudguard. It was fitted with Renthal aluminium handlebars with the cross-brace removed. All the bodywork was removed and it was fitted with twin headlights from a VFR. It looked stumpy and brutal.

This picture was taken be my Dad in July 2000 and that's my niece driving it.

The following year the alternator went again. By that time the bike had done another epic European tour and some more couriering and everything was comprehensively worn out (I covered maybe a quarter of a million miles on it in 9 years) and the bike was finally retired.

For years I held onto the idea that I would resto-mod it and I gradually accumulated parts with this in mind. However, in 2010 I realised that I had too many projects and not enough money so I sold it, and all my CX parts to another CX enthusiast from Wicklow.

To read an earlier article about this bike, go here... www.mercenary.ie/2013/07/Courier CX