I didn't get much workshop time over the weekend but I did manage to fabricate an under-seat electrics tray for the XS from 2mm aluminium. It hangs down below the seat rails a little but it won't generally be visible - particularly after it's been powder-coated black.

All of the electrical components are staying on-board the bike except the battery which will go in the sidecar to act as ballast on left-hand turns.

I finished these tonight... 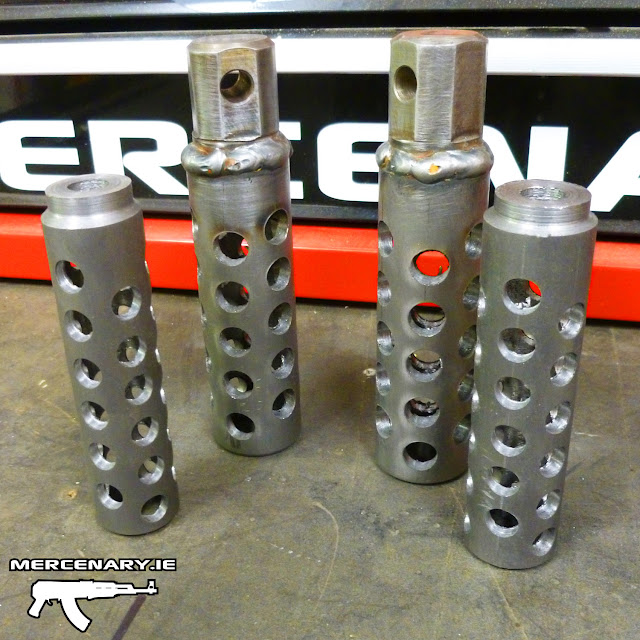 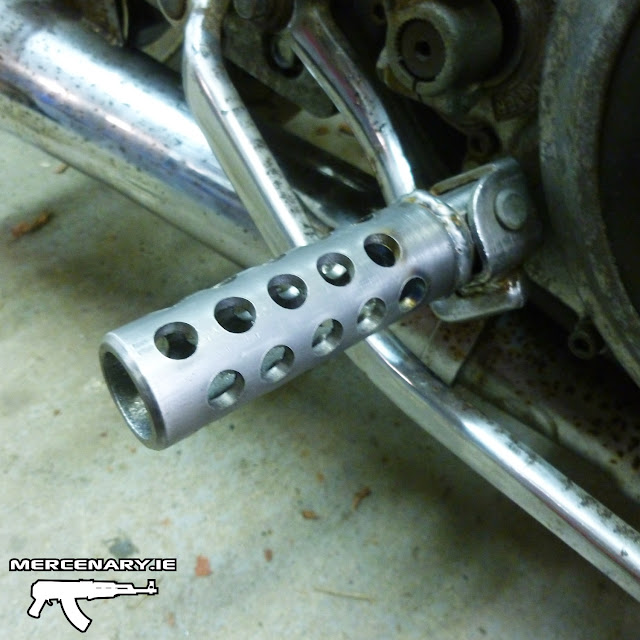 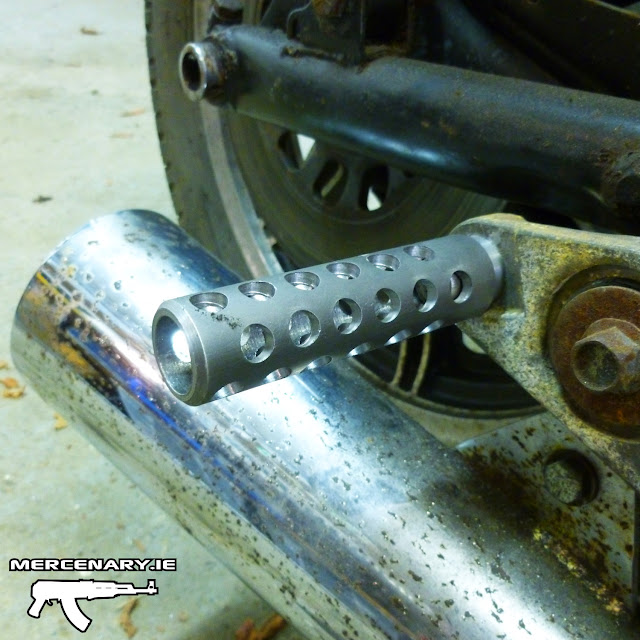 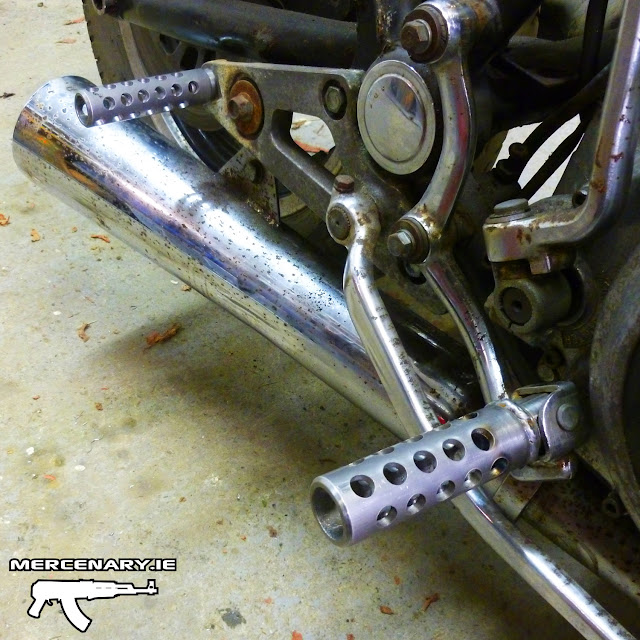 I spent most of the afternoon in the workshop learning new things* and this is all I have to show for it... 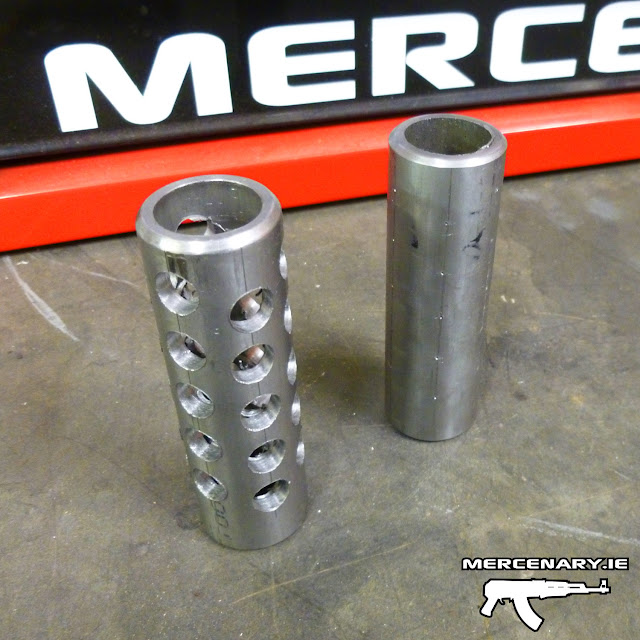 This evening I welded up the licence plate bracket and taillight. There's some more welding (and grinding) to be done when the frame is stripped. 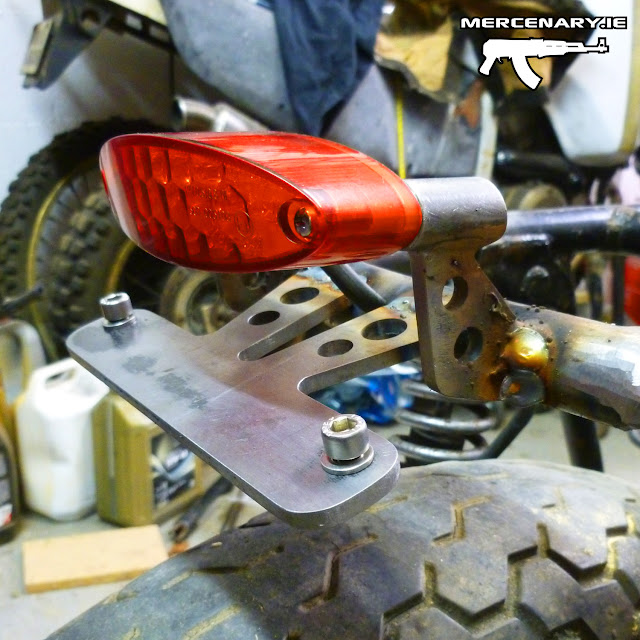 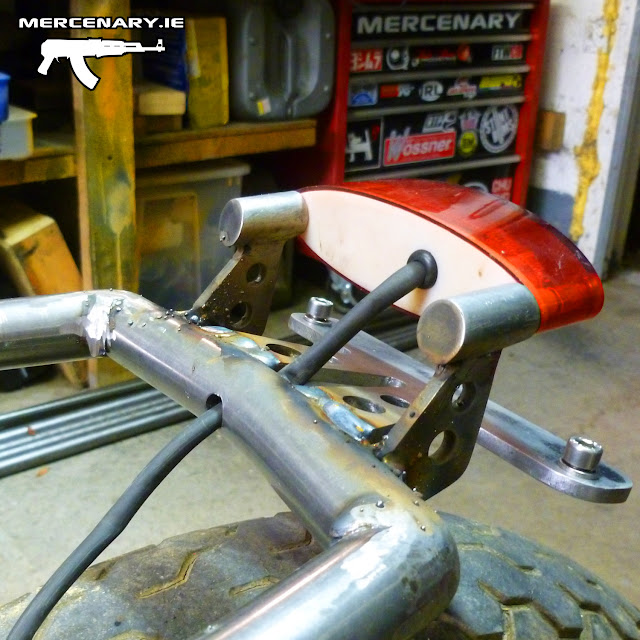 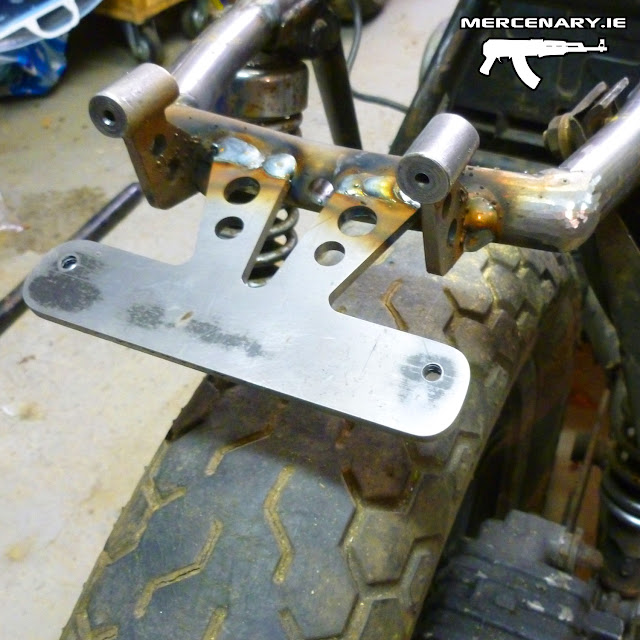 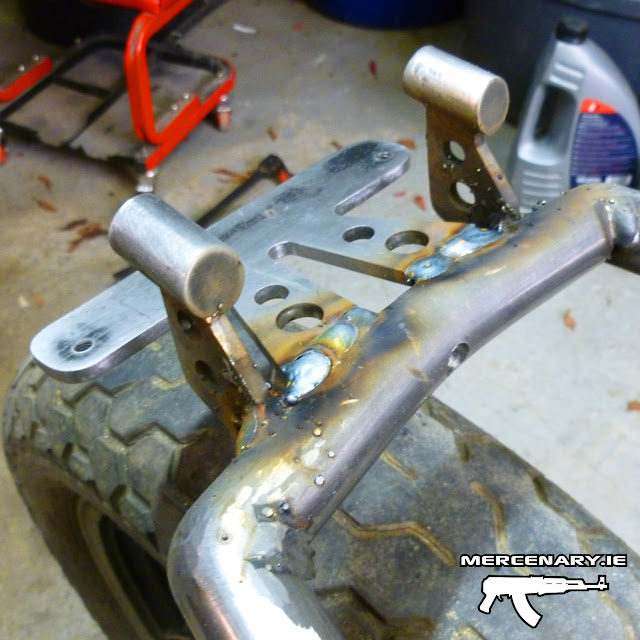 I got some more work done on the XS today. 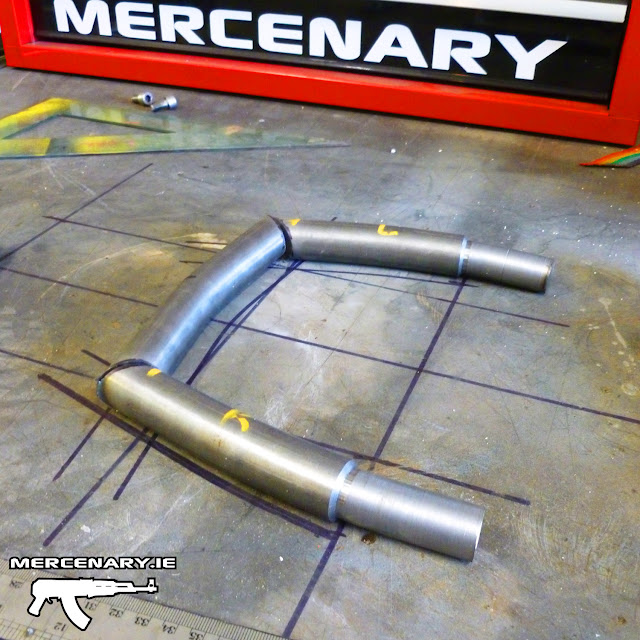 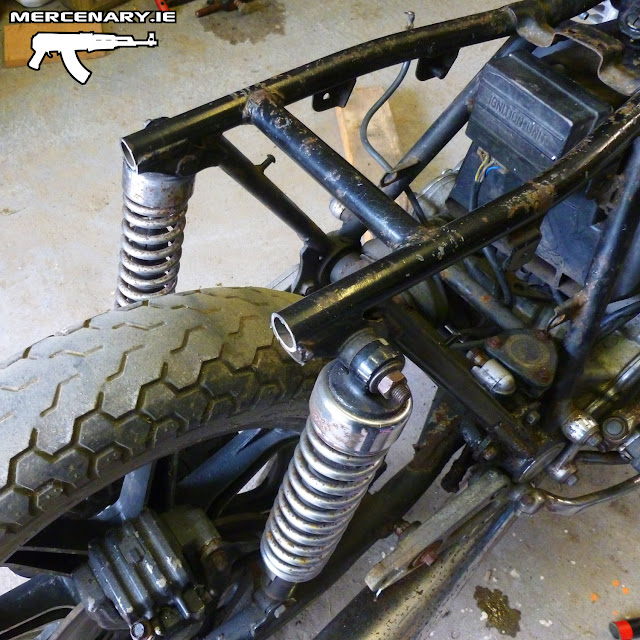 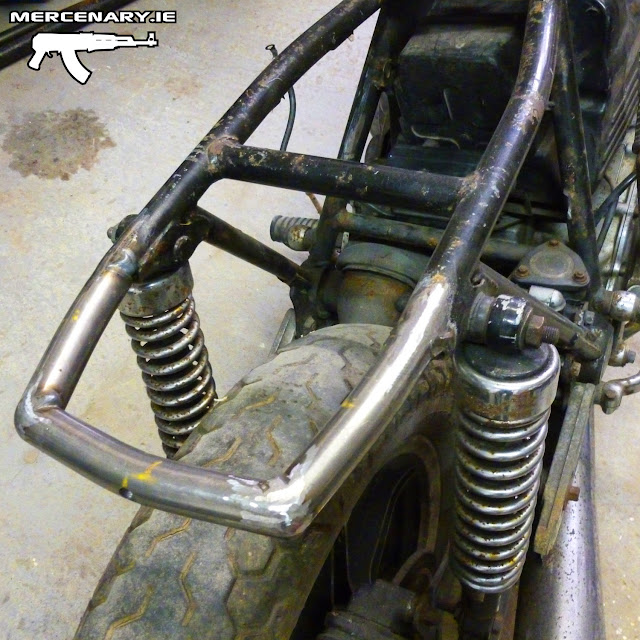 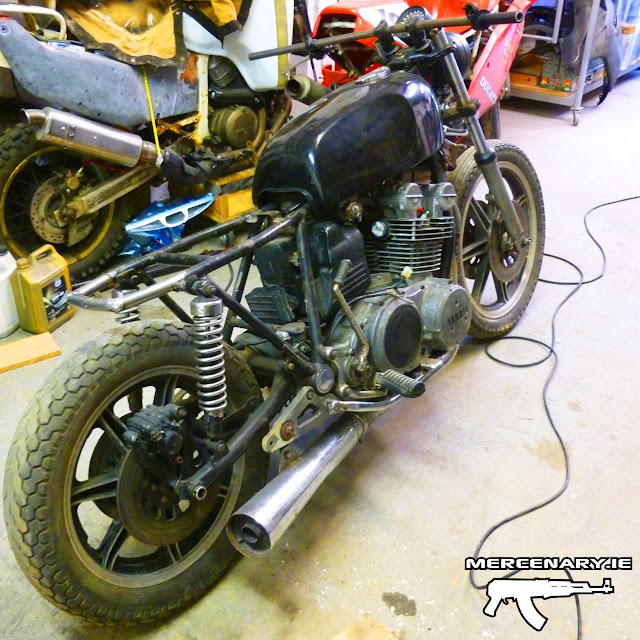 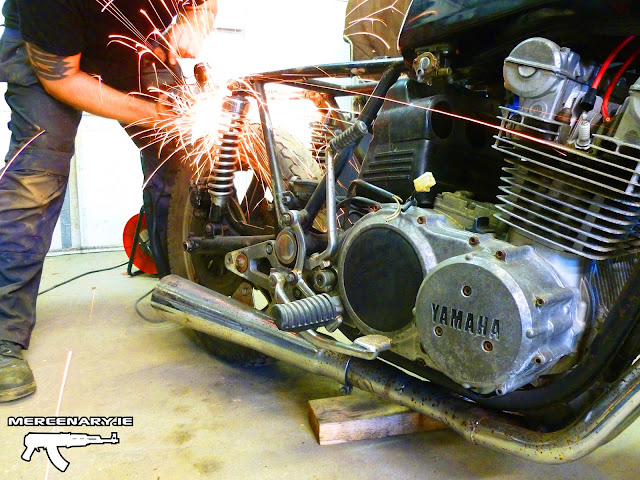 So I've made some small progress on the XS Sidecar project. I've tidied up the front end to the way I want it, eliminating the instrument cluster and the original enormous headlight.

I've retained the original speedometer and fabricated a bracket to situate it snugly against the new 850mm wide drag-bars the I made.

And I fabricated a mount for the new, hemispherical headlight. It's a bit of an odd choice for a headlight and if the bike was just going to be a bike, I probably would have gone for a flatter lamp and mounted it as close to the forks as I could get it.

But this bike is destined to have an enormous zeppelin of a sidecar stuck to it and I think this lamp will make more sense then. 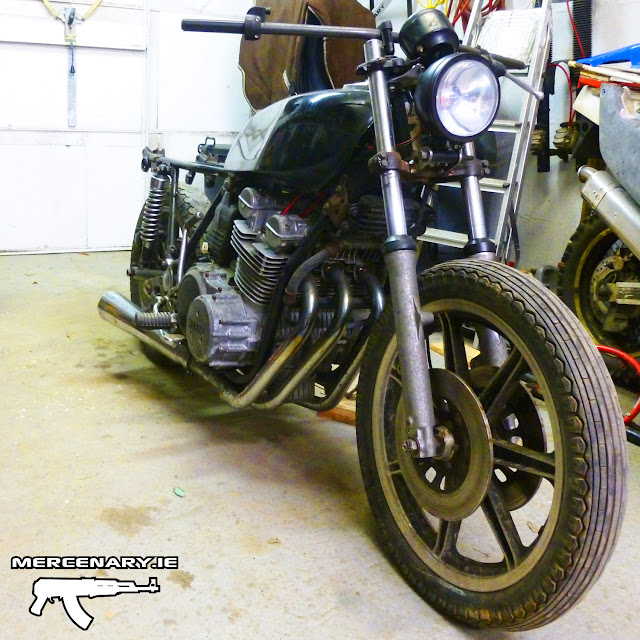 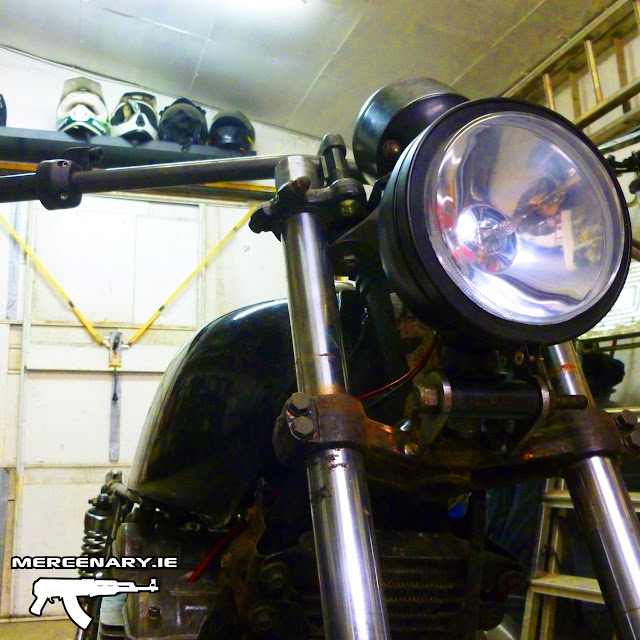 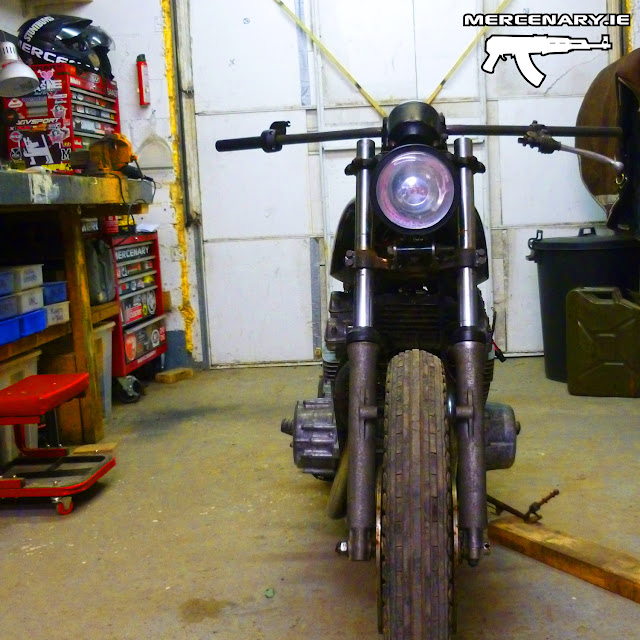 Today I went with my friend Dominique to Cork to pick up a mid '50s Watsonian Monza sidecar to go with the Yamaha XS 850 I picked up a while back. 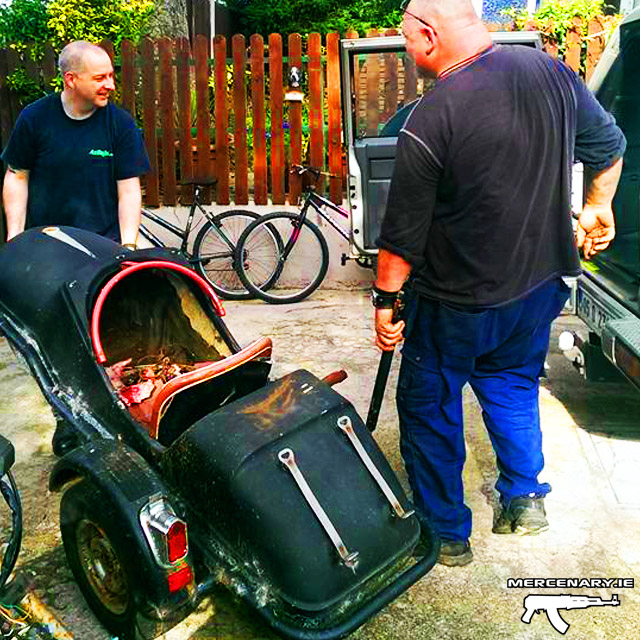 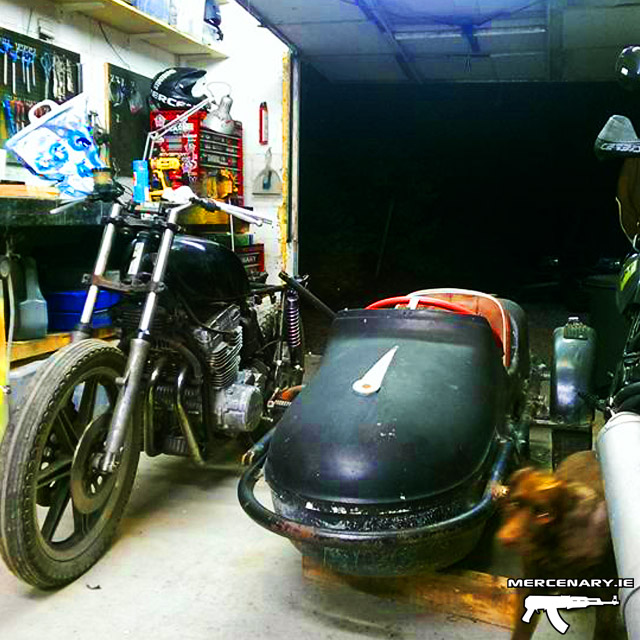 So I spent some time getting to grips with the XS 850 project today. It's a mixed bag.

It still has an American licence plate dating from the mid '90s. It was cost effective to import bikes from the 'States into Ireland then so that makes sense. American bikes tended to be well looked after whereas the Irish bikes on the second hand market suffered from a lack of maintenance and bodged repairs. Unfortunately, this bike has spent the last 20 years here and is also suffering from lack of maintenance and bodged repairs!

The clocks were showing 20,000 miles which I was pretty happy about but upon inspection it turned out that the inner cable of the speedo has been removed so the indicated mileage is very likely inaccurate. However the seat and footpeg rubbers are in reasonable condition so maybe it's not too far out.

On the plus side, the engine looks like it was never opened so with a bit of luck, it just needs the valves adjusted.

Also on the plus side, there is no evidence of crash damage and most of the parts I want are there apart from the front mudguard.

However, the wiring loom is fucked. This is pretty typical of bikes of this age that have spent time stored out of doors in Ireland. I can't imagine that the bike would ever run with the wiring in this condition. Me, I'm not too bothered about this - I enjoy wiring and I'm comfortable to wire it from scratch.

The only real disappointment is that the forks are pitted and so will either have to be re-chromed or replaced either of which is a relatively large cost compared to the purchase price of the bike. I'll have a think about how best to approach this if the valve adjustment fixes the compression issue... 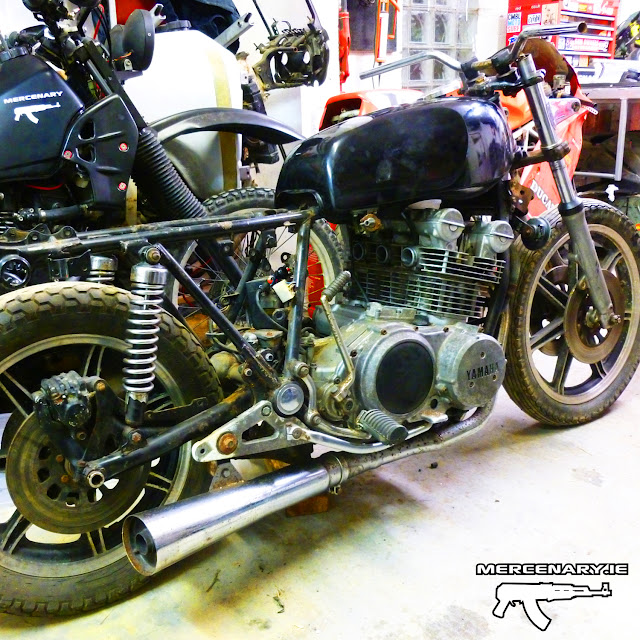 I'm going to Limerick in the morning to pick up the new XS 850 project. 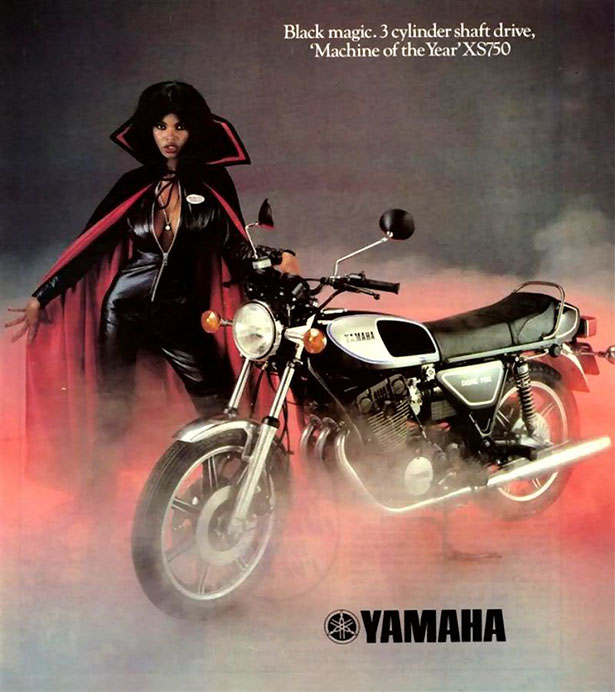 Despite swearing to not get any more motorcycles until all the half-built bikes in the workshop are finished, MERCENARY has just purchased another project bike.