Streetfighters Magazine started off as a spin-off of Back Street Heroes (BSH) in the early '90s. BSH was (and still is) largely concerned with choppers and customs but from time to time it would feature more performance oriented machines - Katanas, GPZs etc.

There was, and still is, a divide between 'Custom' and 'Performance' motorcycle magazines and Streetfighters was set up to appeal to sections from both markets. It started out as a sporadic publication and (IIRC) continued this way for a couple of years before becoming a monthly publication sometime around 93/94.

Those early editions were amazing! The idea of what constituted a streetfighter hadn't really been formulated yet and the bikes featured were wildly eclectic. Two-strokes, turbos, supermotos, '70s muscle-bikes, '90 super-bikes - anything was fair game as long as it was a bit weird (and ideally had 17" wheels, a lairy paint job and a turbo).

I still have most of those early issues and occasionally I still flick through them when the nostalgia takes me. They're brilliant!

By about 94/95 things became a bit more formulaic. The focus tended to be on big Suzukis and big Kawasakis but with enough variety to keep things interesting. I used to buy the magazine religiously and I still have all those issues too,

However, the magazine went into a decline (in quality, not popularity) in the latter half of the 90s. Presumably the writers were getting paid by the word but nobody was checking to see if the words made any sense. The magazine had always had a slightly Gonzo approach to journalism, but a lot of the articles were complete rubbish. Typically, the writer would throw together an egotistical rant about something unrelated to the motorcycle that the article was ostensibly about and then finish up with a brief rundown of the spec-sheet. I think the reasoning was that people only bought the magazine to look at the pictures. Maybe that was even true...

Some time around the millennium, Streetfighters was bought out by one of the British tabloids (The Mail? The Mirror?) and the quality nosedived! The editorial tone went from being irreverent to being yobbish, the paper went from glossy to pulp and the content went from eclectic to predictably dire. And it was around that point that I stopped buying it.

So over the last fifteen years or so I've only bought about a half dozen copies just to see if it had got any better and it never had...

The magazine finally folded in 2013.

Anyway, apparently it's being relaunched in May of this year. It would be nice if the editorial team would go and have a look back over some of those early editions to see what a great publication it was when it first started... 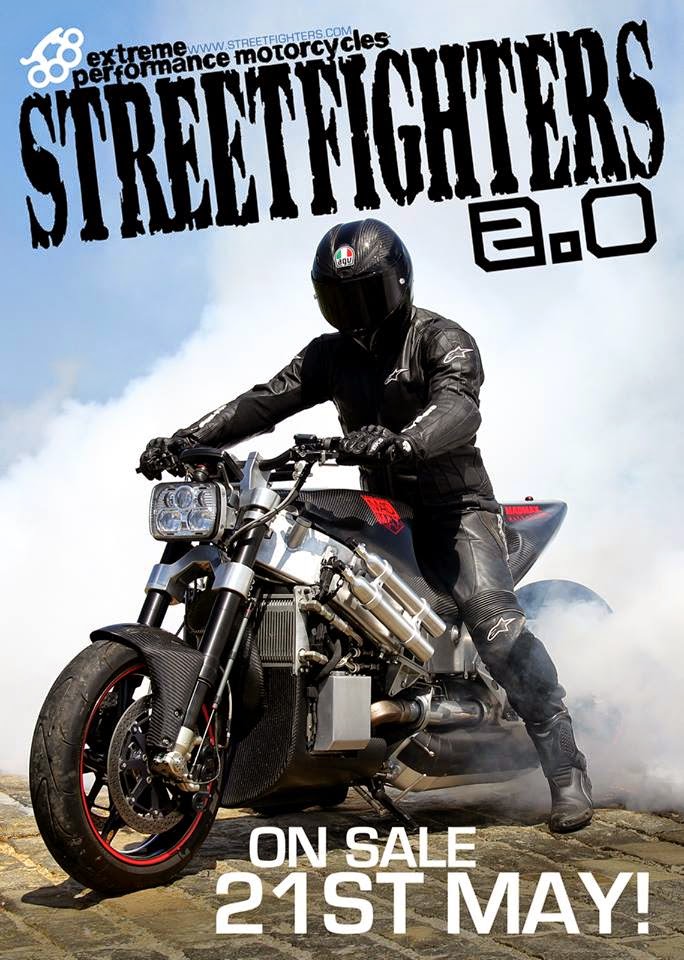