I bought an old RD 125 tank on Ebay. It's solid but it has an enormous dent on the front right that I didn't notice when I was buying it. Looking at the Ebay pictures after the fact, the dent is visible. Had I seen it, I probably wouldn't have bought it. There's not a lot to be done now, so I'll try to pull the dent.

The rearsets are still a work in progress. It's taking a lot more time than I had anticipated and I've destroyed a couple of work-pieces in the process! I've still to make the gear and brake pedals and mount the rear brake master cylinder and reservoir.

The Aprilia RS 125 front brake stuff arrived too. The Cagiva disk is about 2mm inboard of where the Aprilia one should sit. Shimming the caliper with a couple of washers lines everything up nicely!

What's not so nice is that the Cagiva disk is 280mm in diameter and the Aprilia one was clearly much larger! There are three approaches that spring to mind. Firstly, find a larger disk off a different bike. This is probably not going to fly - the Cagiva disk has a weird-ass bolt pattern and I'm guessing it's unique to whatever bike it came off.

Secondly, make up an adapter to move the caliper down a bit. This is a bit inelegant.

Thirdly, make a new, larger disk. This isn't something I can do in the workshop so I'd have to outsource it and it'll probably be expensive.

I'll leave it 'til later to decide... 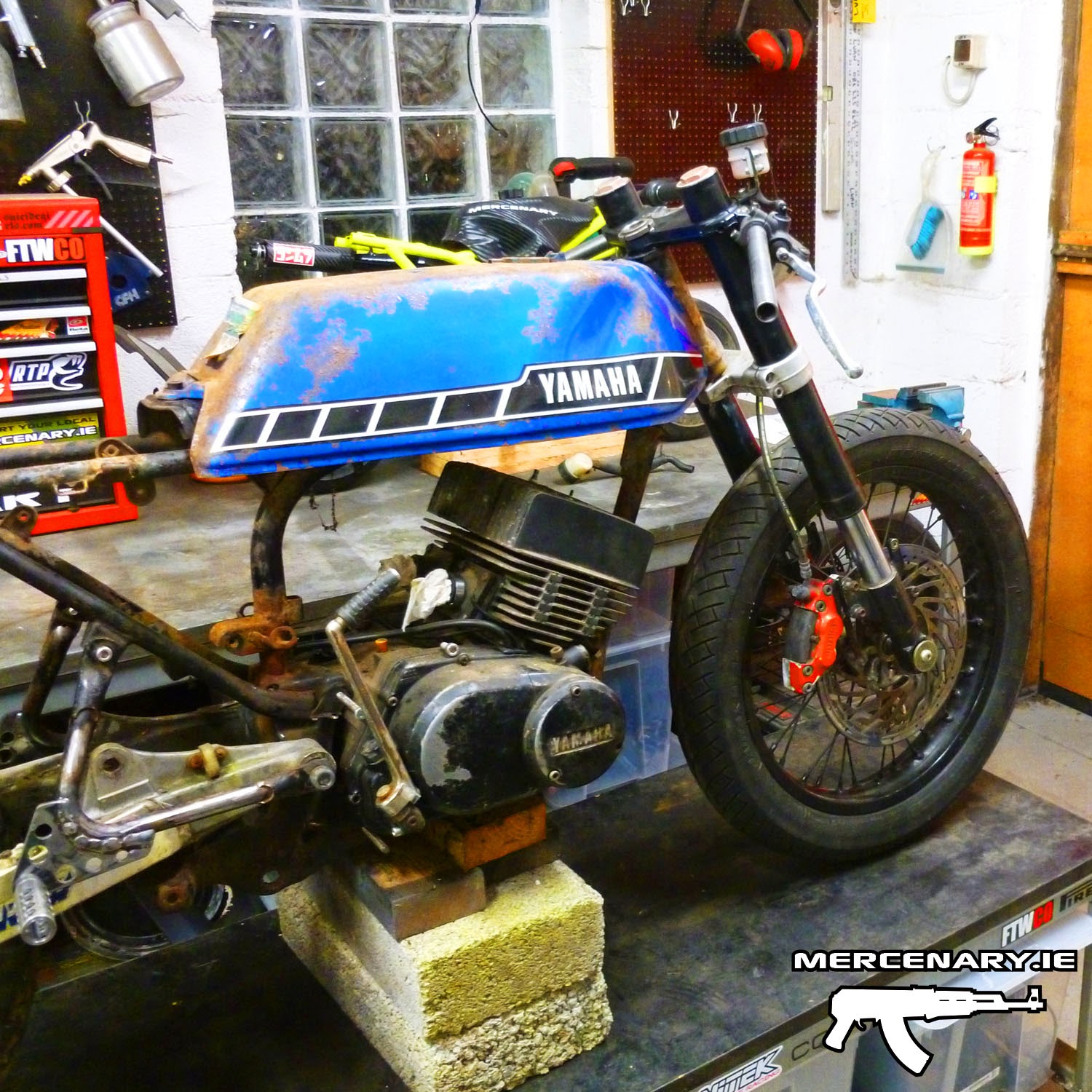 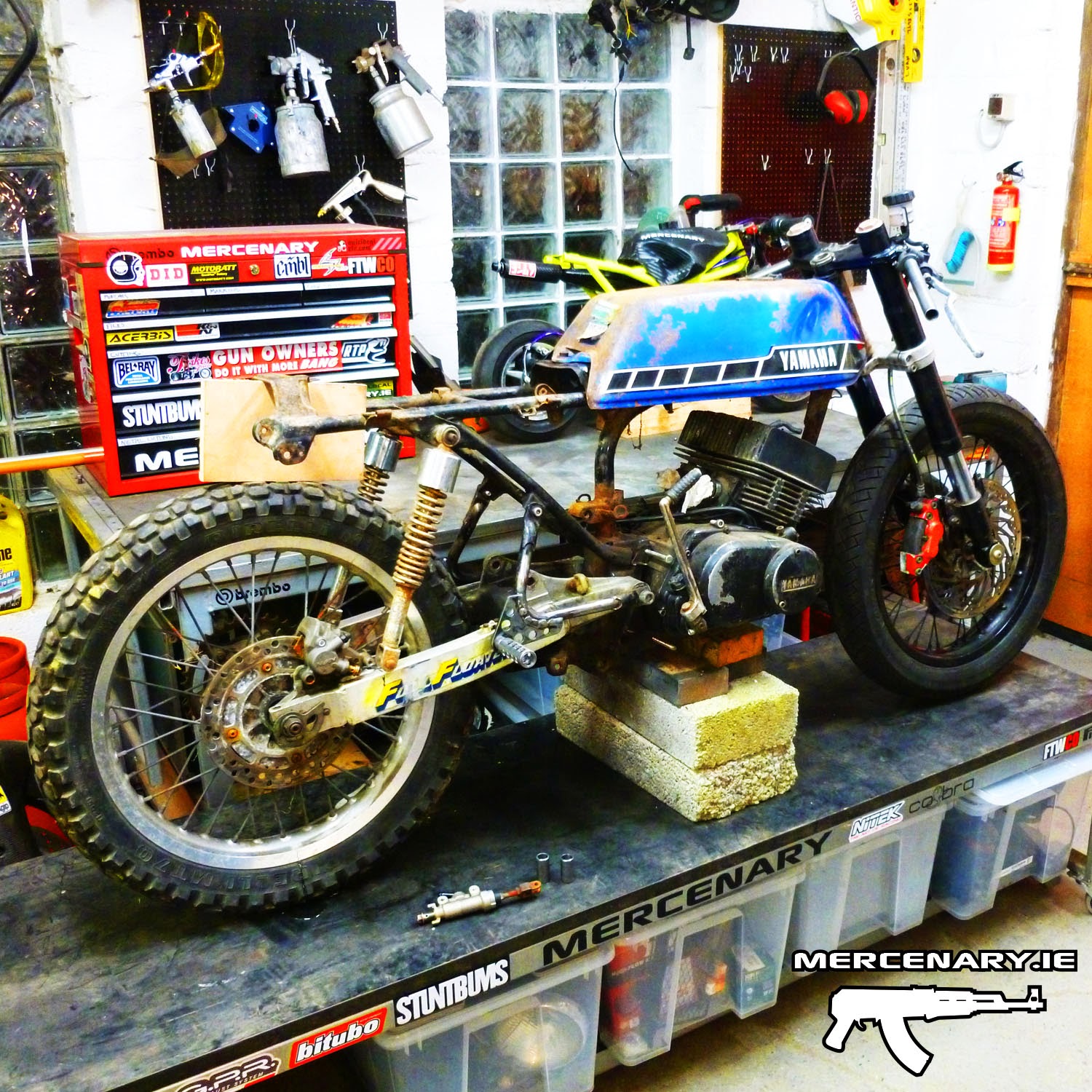 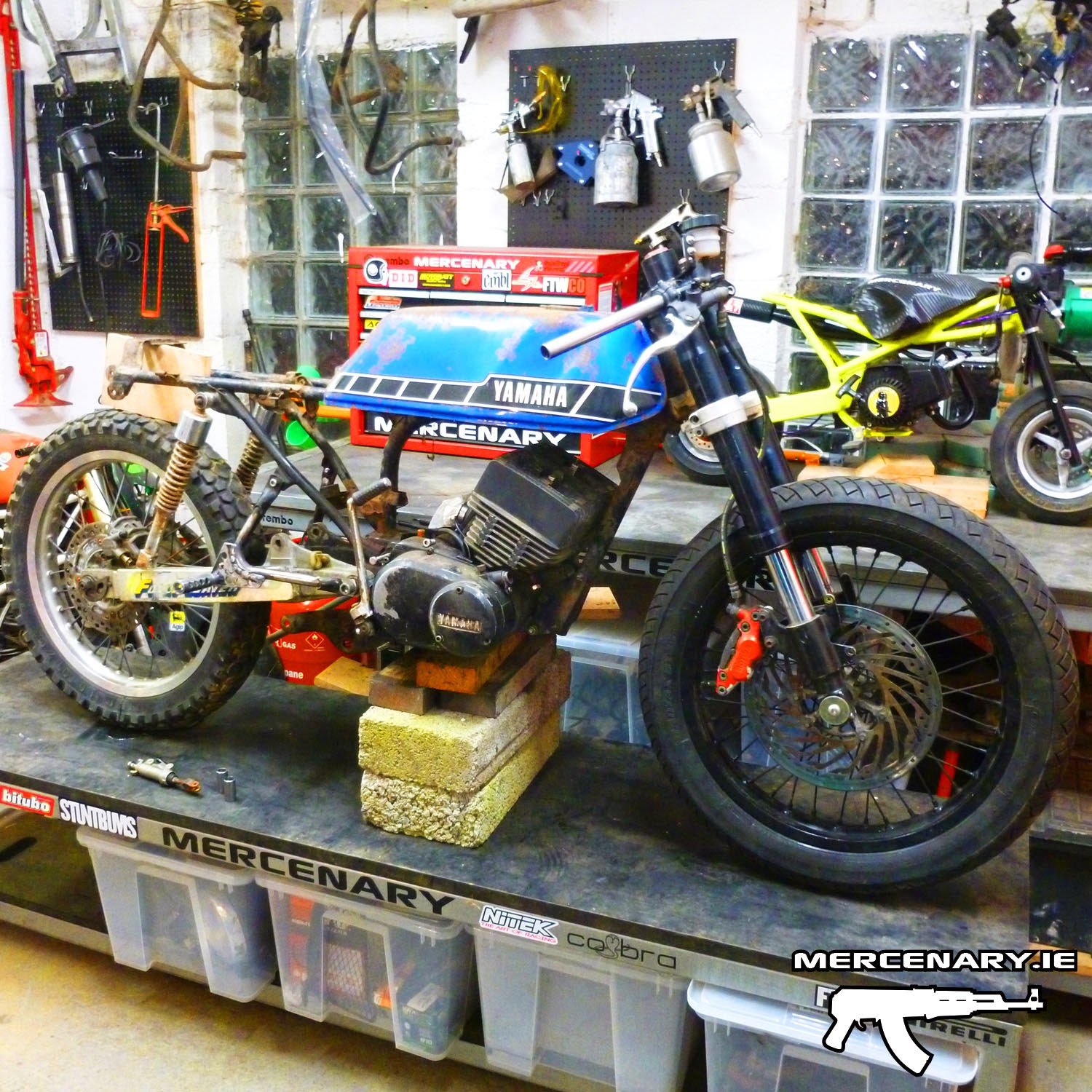 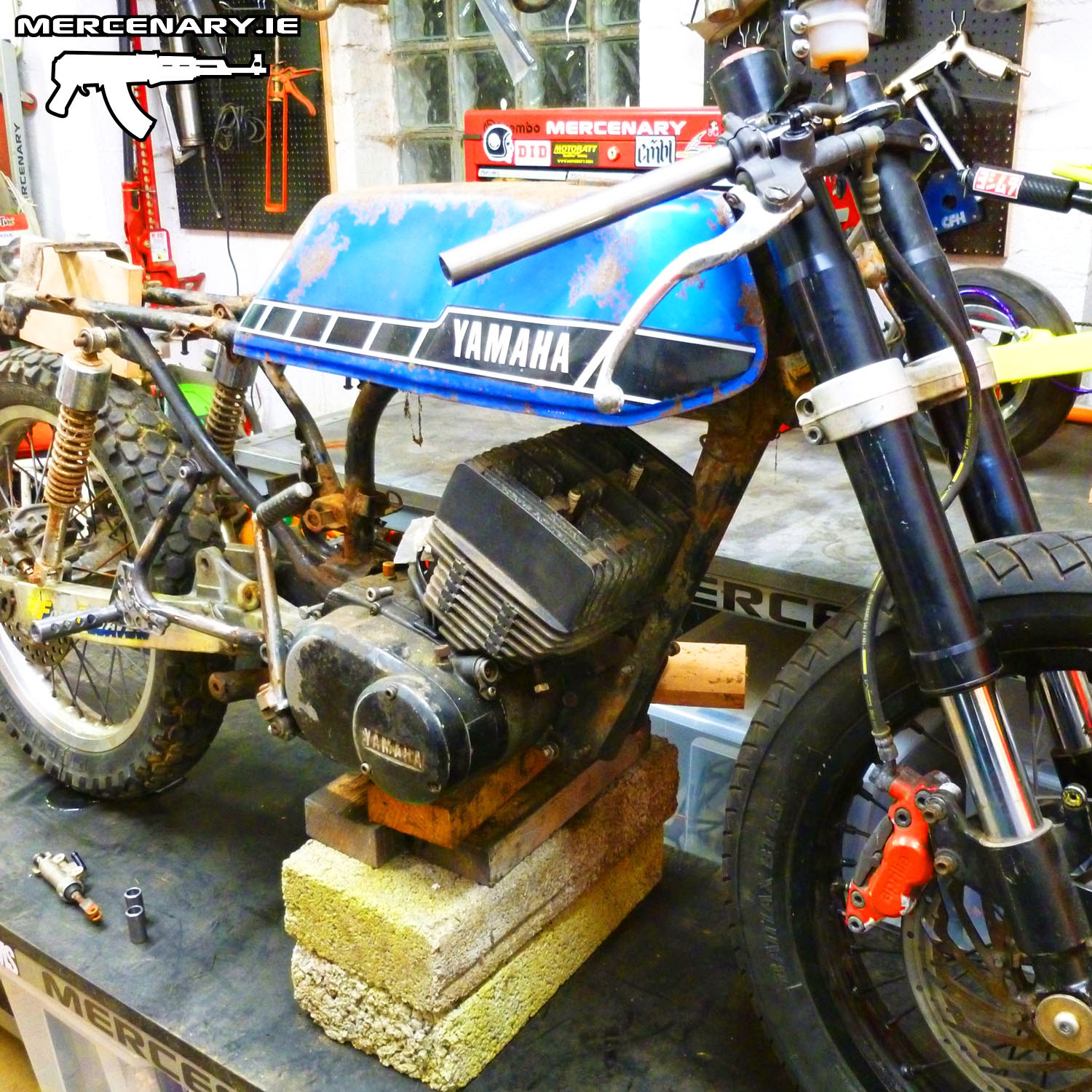 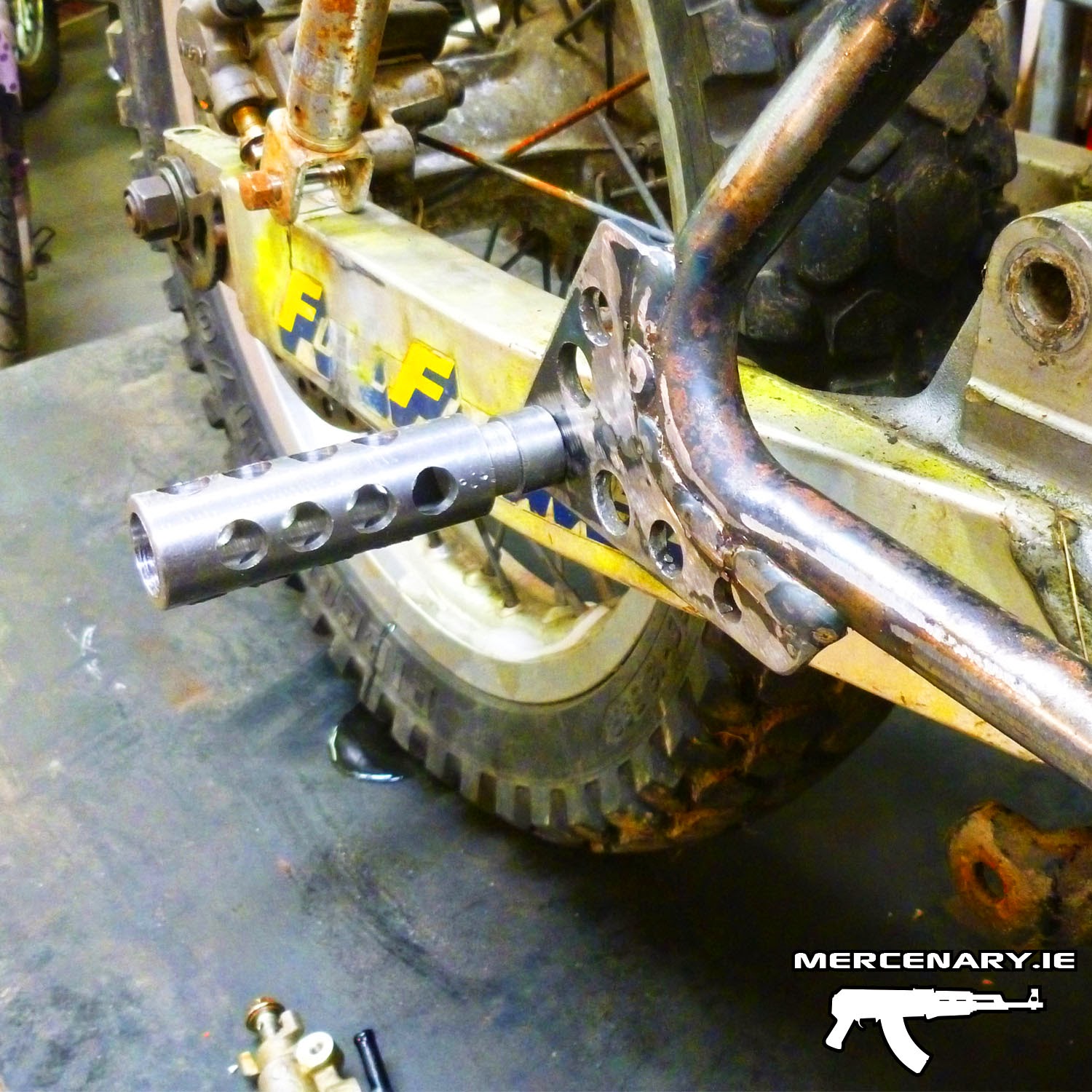 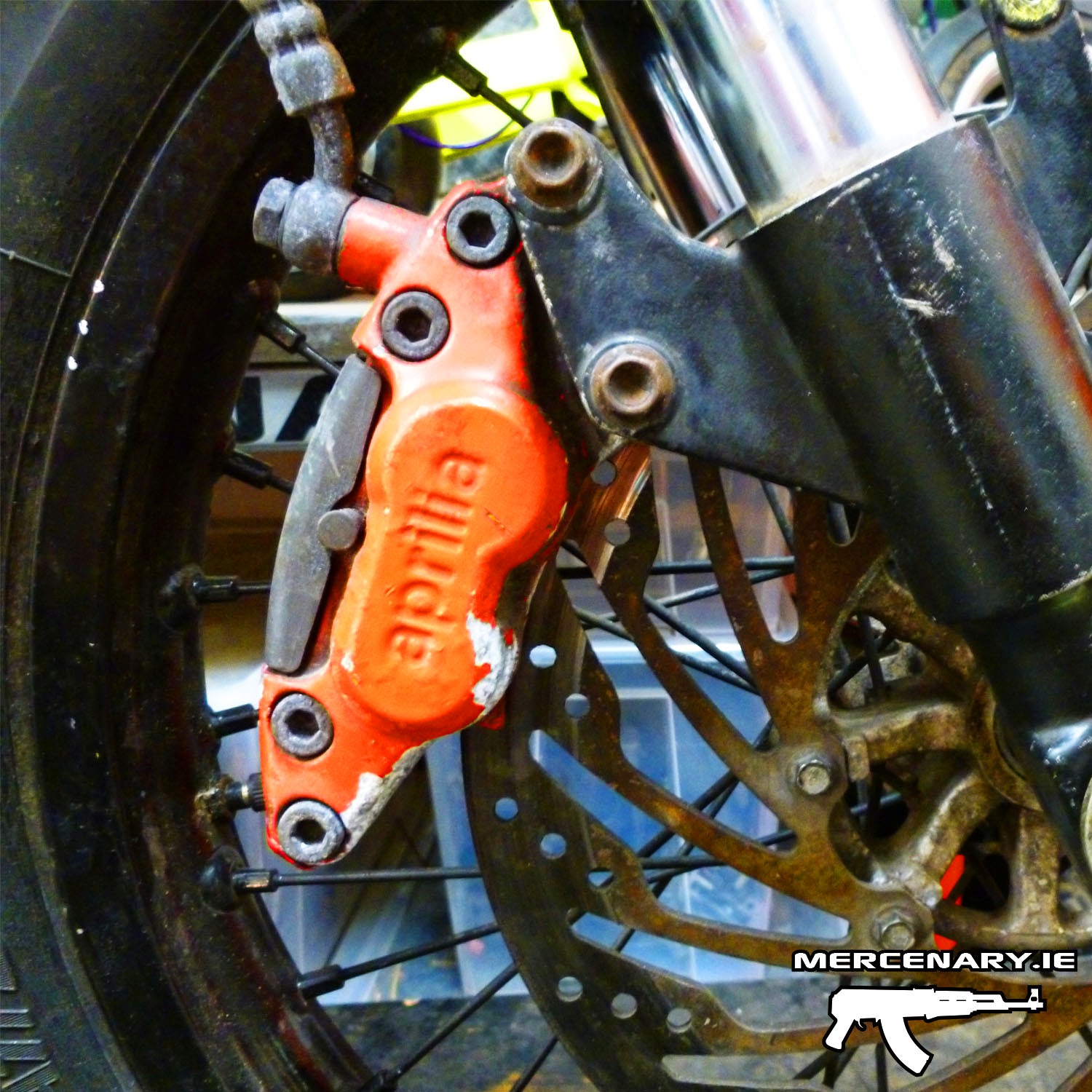 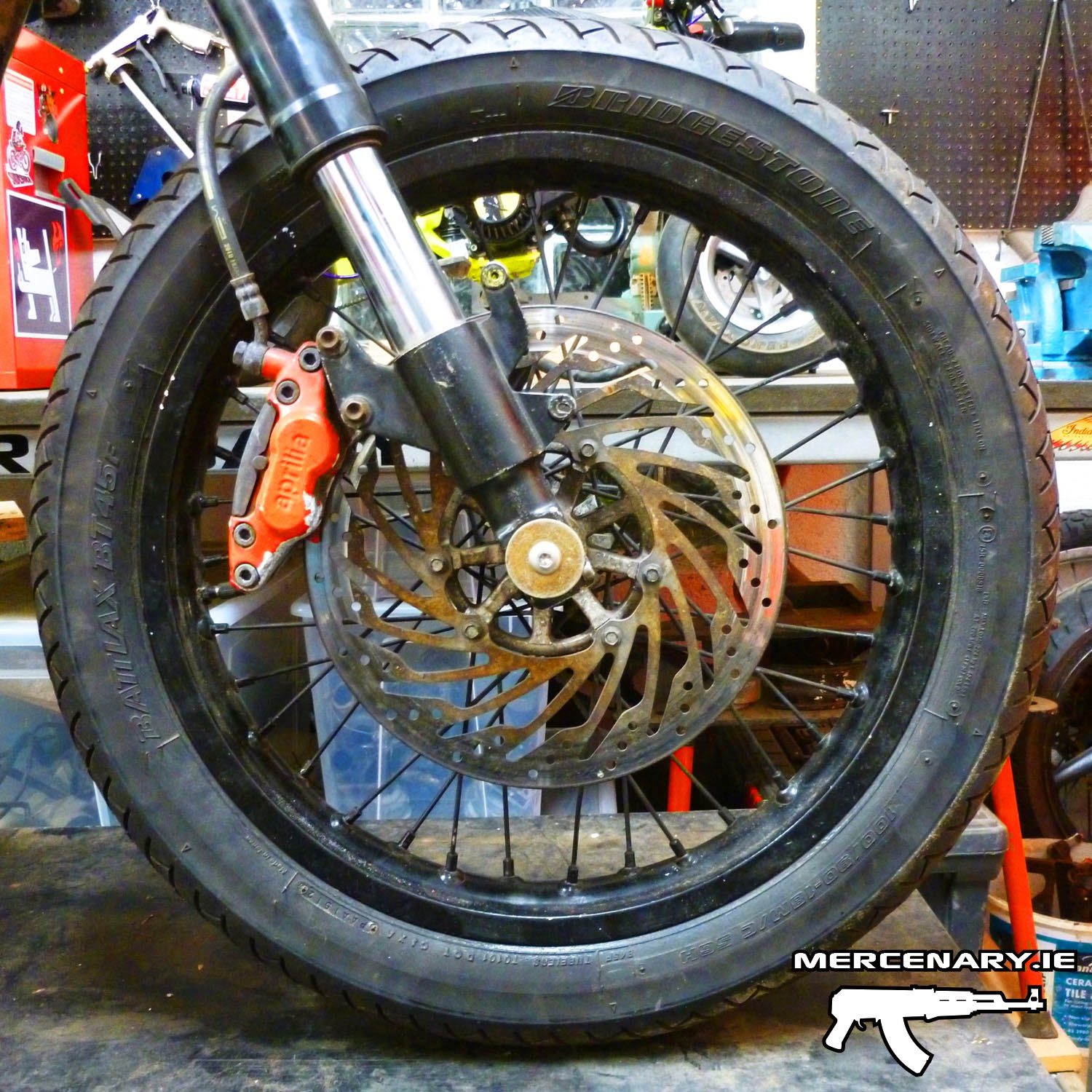 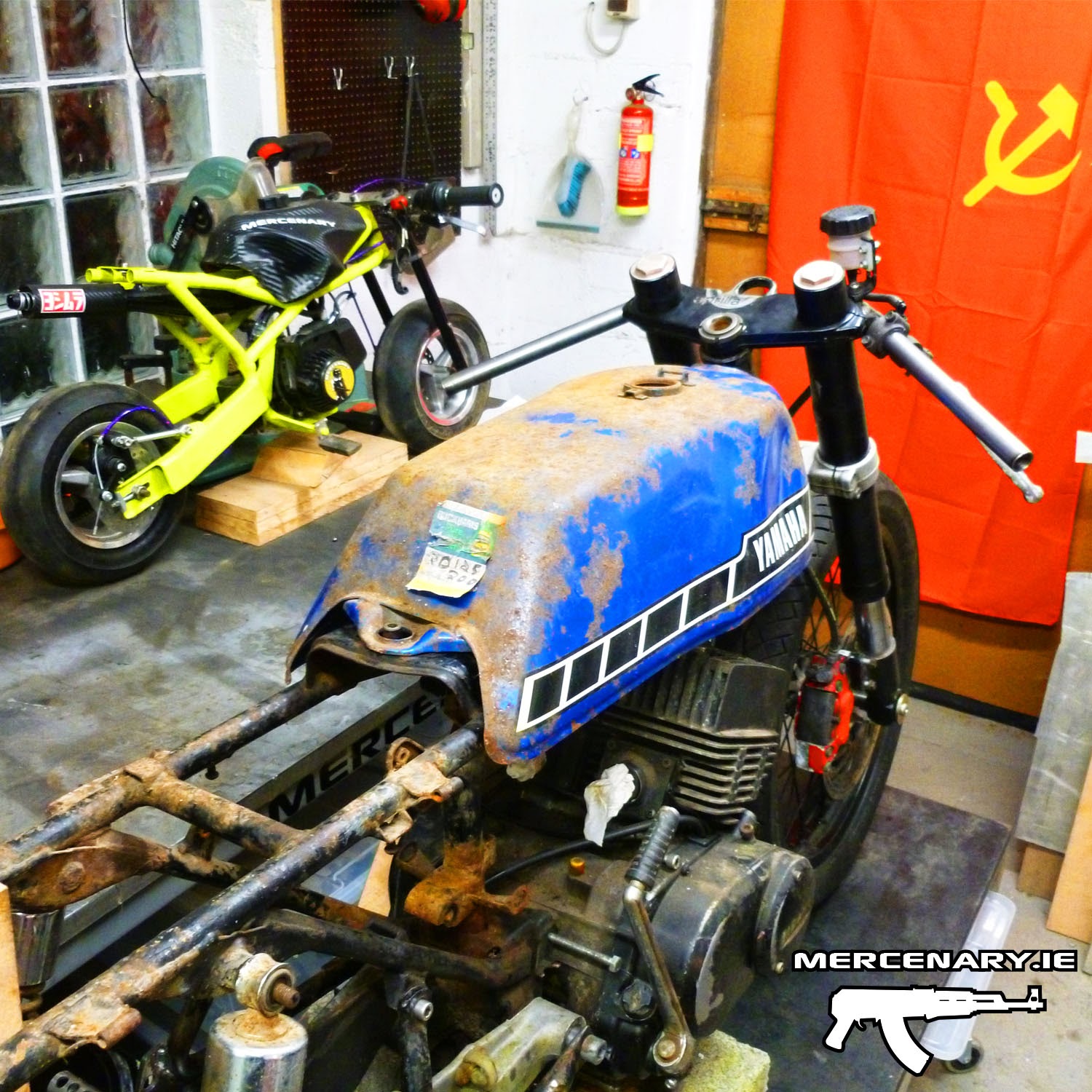 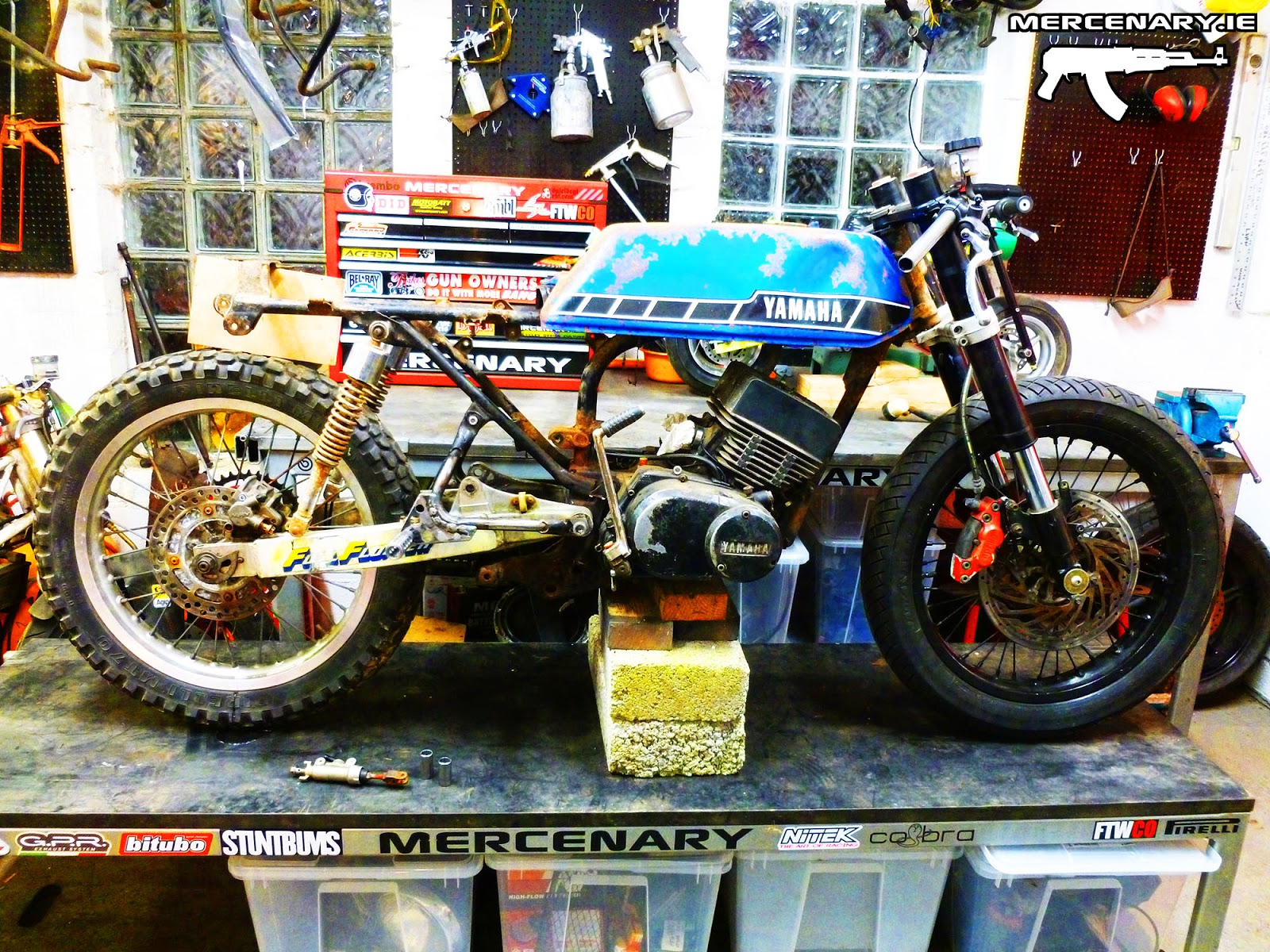