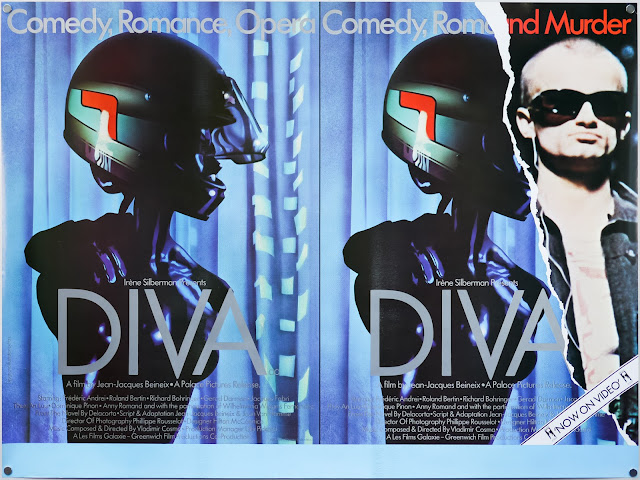 This 1981 French thriller is arguably one of the first Cyberpunk movies. The plot centers around information theft with a variety of parties all vying for possession of a couple of cassette tapes and the data contained therein. One tape contains evidence of murder while the other contains the only extant copy of a performance by an opera singer who refuses to be recorded.

Many of the tropes of cyberpunk are present. Technology, data-theft, Yakuza type gangsters, Mirrorshades, a geeky protagonist, an attractive side-kick and a psychopathic punk killer.

The central character, Jules, is a mailman - a similar role to protagonists, YT in Neil Stevenson's Snowcrash and Chevette in William Gibson's Virtual Light. He is a solitary Otaku character, comfortable with information technology and obsessed with a reclusive opera star.

It's a very stylish movie and can be difficult to follow. It's not actually a sci-fi movie but does have a futuristic feel to it and towards the end, it shifts into a Moebius-like fantasy.

It seems to me to that William Gibson, Neal Stevenson and Katsukiro Otomo (Akira) may well have seen it and been inspired.

In any case, there's a fantastic moped chase through Paris - Which is the real subject of this post...